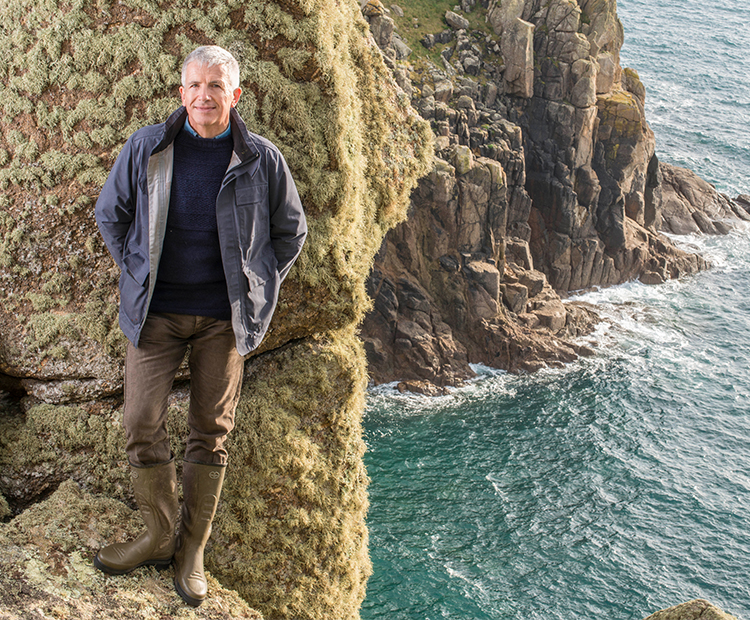 We’re thrilled to welcome former writer-in-residence Patrick Gale back to Exeter Custom House. Patrick will be reading from his soon to-be-released next novel Mother’s Boy, and discussing his research into Charles Causley as well as his work in general. Mother’ Boy will be available to pre-order at the event and Patrick will be signing book plates.

You can also save a seat for the live-stream of this event here to watch from home, free of charge.
*****

Patrick Gale was born on the Isle of Wight in 1962. He studied at Winchester College and New College, Oxford. In 1988 he moved to Cornwall where he lives with his husband, the farmer and sculptor, Aidan Hicks, on their farm at Land’s End. He is a keen cellist, gardener and artistic director of the North Cornwall Book Festival.

In 2017 his Man in an Orange Shirt was screened by BBC2 as part of the Gay Britannia season, which also featured the documentary All Families Have Secrets – the Narrative Art of Patrick Gale. Continuing to be broadcast regularly around the world, it won an International Emmy for best miniseries. He is currently working on a novel about the Cornish poet, Charles Causley and his mother, and writing the scripts for a musical version of Man in an Orange Shirt and a television adaptation of A Place Called Winter.

More than simply a folk-singer, multi award winning singer-songwriter, musician and proud Devonian Jim Causley is an all-round entertainer and during the past decade Causley has been nominated no less than six times for a BBC Radio 2 Folk Award. Last year he was nominated as “Singer of the Year” at the 2017 BBC Radio 2 Folk Awards, he won the Spiral Earth Singer of the Year award in 2014, presented his own folk music show on BBC Radio Devon and in 2015 he worked with BBC TV historian Dr Sam Willis to create the music for his show ‘Highwaymen, Outlaws and Villains‘ and was asked to perform his song about Dartmoor tin mining ‘Pride of the Moor‘ on BBC TV’s Countryfile – Dartmoor Special.
****

This event will be in-person at Exeter Custom House. This is an opportunity to be part of a socially distanced live audience at the Custom House, for an in-person ticket click ‘Book now’ to book your ticket. We will be following Government guidance to ensure the event is Covid-19 secure.
We will be following social distancing guidance during this event, including a one metre plus rule, provision of hand sanitiser and a clearly marked one-way system. Exeter Custom House requires that face coverings are worn when inside the building.

This event is going to be filmed for live broadcast on Crowdcast. You may appear on screen. Please only book if you are happy with this.

Tickets are limited and available on a first come-first served basis. Please only book if you intend to be part of the invited audience on 9th February 2022 . Please provide your full name, email address and phone number when booking. We can accommodate free tickets for carers or personal assistants if needed. Please email us on customhouse@literatureworks.org.uk after booking to let us know if you would like to book one of these tickets.

Book with confidence, any changes in guidance that prevent the event from going ahead in person will result in a refund of the ticket price and the event will take place digitally.